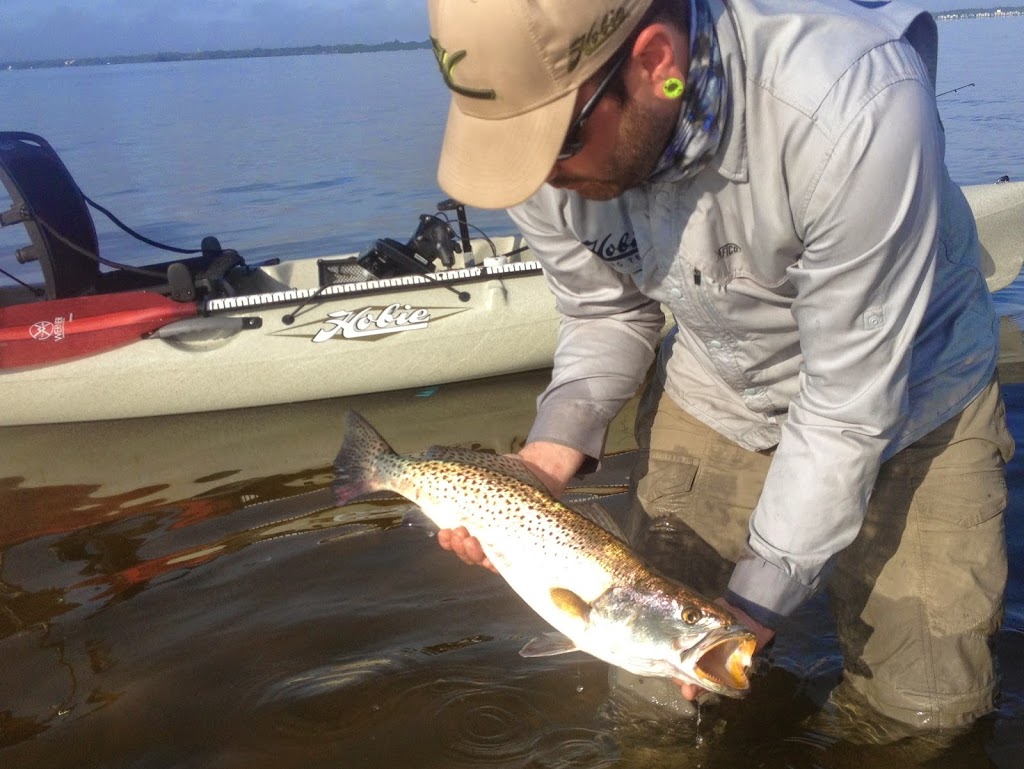 Weekly fishing Forecast by Local Lines Charters for April 21, 2015..  Well spring has sprung and the fishing is excellent.  Steady action was found all last week with artificial for a mixed bag of seatrout, ladyfish, and jacks.  All these fish are hard hitters and put up a good fight.  Most were focused on the large schools of minnows that have invaded our flats.  This is by far some of the most fun fishing you could ever do.  Most anything that moves will get smashed when coming though the active feeding schools.   Live bait out-fished everything this week, though a close second was held by the topwater plugs.   Bait is thick and the trout are going to look for some grub as we start to come towards the full moon on May, 3.  I still have some great late April dates open and it will be the lead up to peak spawn.  I got some low impact (single hook vs. treble) that has been working great on the big girls with significantly less damage.  Come help me test them!!
This week’s forecast:
In-shore   Fish around the heavy bait schools early with topwater plugs.  A mixed bag of trout, redfish, ladyfish, and jacks will be willing to hammer your plug.  Winds look good (less Saturday) and afternoon storms are always a good chance this time on year, so pay attention to the sky.  The water is coming up with all these south winds and steady afternoon, but that also means that its getting off color on some shorelines..  Snook will be a good bet around all the lagoons outflows and moving water.   Slayer Inc. SST’s are the bait of choice slow rolled.   Hit them hard and keep them coming your way.
Near-Shore
Tarpon! Tarpon! Tarpon!  Maybe we will be rewarded with some amazing beach tarpon action to make up for the cobia season that wasn’t.  Good numbers of 100lb fish have showed up and the bait is here(ish)..   Some decent amounts have been around the mid –streets and spotty elsewhere..   Don’t overlook those 10inch mullet that are loaded in the port ..  Tarpon eat those too!   The first week of May is when I typically start booking Kayak and Skiff tarpon charters off the beach so we are on the upswing and looking solid..  Book Now!!  And lock your dates in; you don’t want to miss this!
Open Dates this week:  4-23(thurs.), and quite a few the last week of April.
Book Now to get in on the action!!  321.480.3255 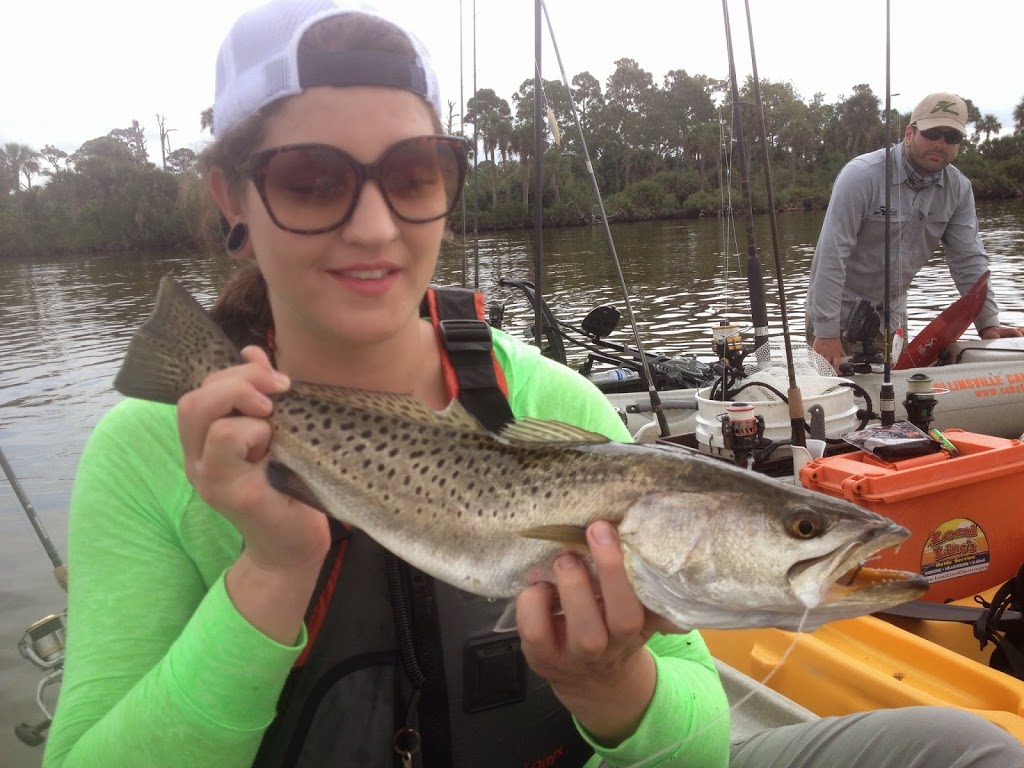 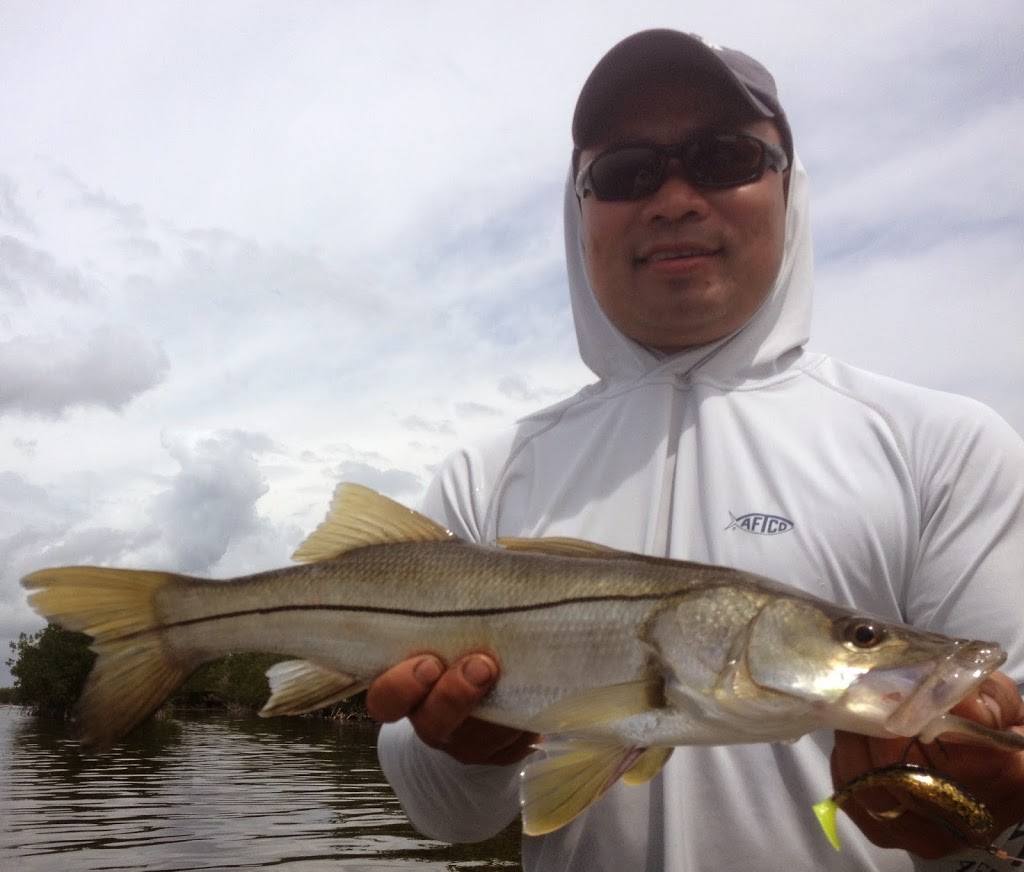 Fall/winter fishing report from a few years back
October 27, 2017
Go to Top